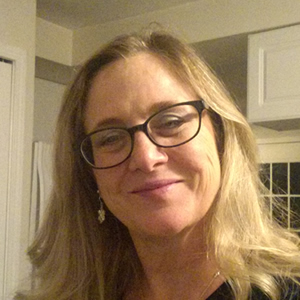 Let me introduce myself… I grew up singing in choir and performing in church dramas and programs at Bethlehem Lutheran Church (E.L.C.A.) in Lansing Michigan. I began my study of piano at the age of 10, and began accompanying the children’s and adult choirs when I was in high school. I also played the cello and violin in the Lansing Jr. Symphony for 6 years. My dad was a theatre enthusiast and performed and directed many local community theatre productions, church and school productions, and I spent many hours at rehearsals with him. I was also a member of “K.I.H.O.” (Kids Interested in Helping Others) and performed in their annual theatrical productions (“Sound of Music” – chorus, “Wizard of Oz” – Aunt Em, “Music Man” – Marion the Librarian, and “Willy Wonka and the Chocolate Factory” – Music Director) to raise funds for disabled kids to attend camp.

In 1984 I became a Navy wife. This lifestyle meant we moved a lot, but wherever we were, there were always opportunities for me to serve in military Chapels. In 1997, I completed my Bachelor of Arts Degree in English Literature at California State University with the intention of becoming a high school teacher, but our three children kept me busy at home, and God led me in another direction. After leaving the Navy life, our family settled in Vallejo, CA where I served Holy Trinity Lutheran Church as Choir Director from 1991-1994. In 1994, we returned to Michigan where I served as Music Director, Choir Director, and Organist at Holy Spirit Lutheran Church in West Bloomfield from 1995-2001. I started my piano studio at this time, and have been a member of the Michigan Music Association and participated in their annual music competition since 1995.

In 2000 we moved to Brighton, where I served as Music Director and later Organist at St. Paul Lutheran Church from 2001-2007. I also became a member of the Community Theatre of Howell, performing with many shows (“Joseph & the Amazing Technicolor Dreamcoat” – Narrator, “Honk” – pianist, “Fiddler on the Roof” – Fruma Sarah, “The King and I” – pianist, “Tom Sawyer” – pianist, “The Man Who Came to Dinner” – Music Director and pianist). Since 2008, I have also accompanied shows for ACT2 Theatre Company (Pinckney High School). From 2008-2010, I served at St. George Lutheran Church in Brighton as choir accompanist, but with our two oldest children approaching the college years, I searched for fruitful, meaningful work, and while I had many different ideas about the path I might take, I prayed often for guidance in what God would have me do. The opportunity to serve the congregation of Brighton First United Methodist Church is truly the blessing I was waiting for. I am very excited about the music ministry that had already been established here and how it will continue grow and expand to meet our mission of transforming lives to transform the world.